It was a scorching day in the middle of April when we put our feet in manufacturing factories of electrical equipment, LED lights, cabinets, cable trunking, fire doors from Vonta Viet Nam Company Limitted ( a member unit of AMACCAO GROUP).

Located in manufacturing industrial zones of AMACCAO GROUP coming along with manufacturing factories of AMACCAO concrete pipes and piles, the 3 main manufacturing factories from Vonta were strenuously working around the clock to get the last 6 month of year orders done on time. Like other industrial zones, noisy sounds from machines, production lines working in full capacity. Regardless of the severe weather up to 40 degrees celsius, those workers strenuously worked hard as they could. Imagilably, it could take a while for office staff who are so used to the AC environment to get themselves ready in such serious weather and environment.

Each specifically technical production line will equivalently deligated to each certain technical staff team. As scrutinizing technical processes in every specific manufacturing stage, mostly using machines and equipment in production; workers must technically operate them well.

Mr. Doan Quoc Tu – Deputy General Director from Vonta who was deligated to directly operate 3 factorties of Vonta said : ” In here, we imported ranges of the most cutting edge machines from developed countries of electrical equipment manufacturing.

Especially, we have been encouraged to import outstanding machines from Germany such as CNC machines, press brakes,… to completely substitute for traditional stages; both saving labour and improving quality since Vonta coorperated with Siemens AG.

Despite its production in Viet Nam, Vonta has been devotedly focusing on manufaturing the best qualified products to strongly compete with other international brands. We are so privileged to be one of the 3 leading manufacturing companies in terms of quality and design”. 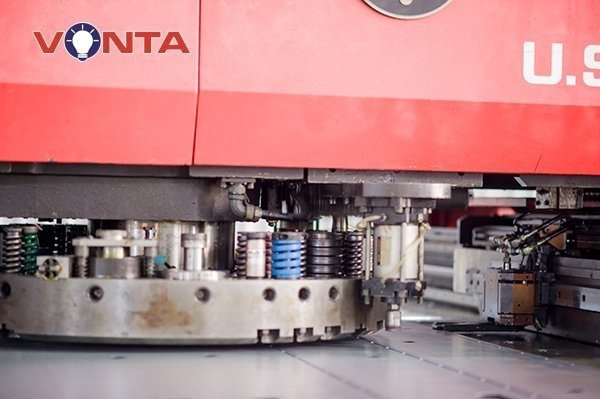 Vonta have invested in lots of cutting edge machines

To effectively operate such advanced and modern machines, appreciation and graditude should be expressed to Vonta’s experienced and devoted engineers and technicians – the core of Vonta. In Vonta’s lab, we could see clearly the staff’s determination and devotion to the company’s development as well as bringing real values to consumers. 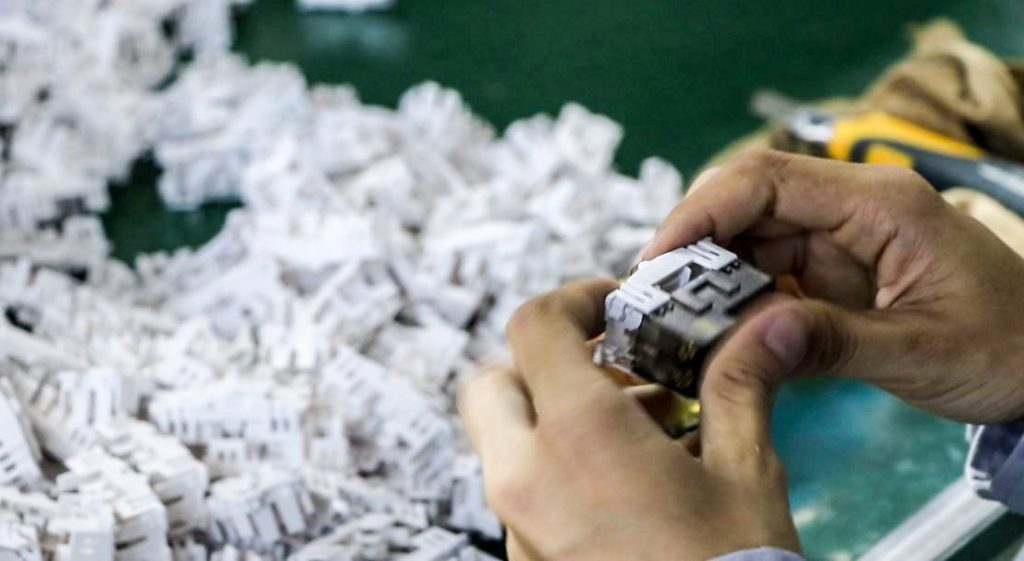 Mr Nguyen Huong Xuan – Long standing Deputy Director of Led and Electrical equipment manufacturing factory who has taken the great responsibility for researching, appearance and quality improvement is able to passionately tell you for hours about any details of products even a small screw or tiny parts of sockets based on his experience and expertise. He and his technical team can spend hours on renewing a switch, socket that are highly appreciated by the Governing and consumers. 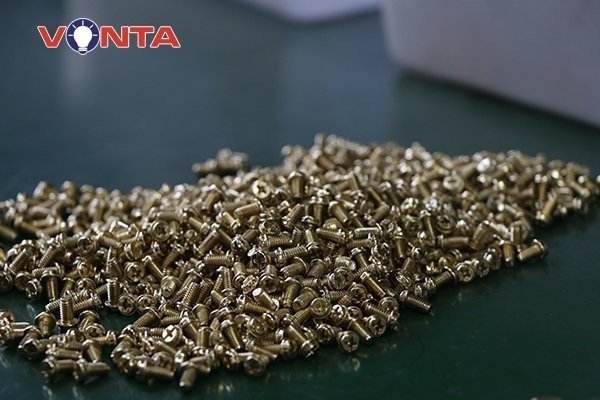 The work can not be completely done without workers working in production lines. Vonta is the place for those who are young, who want to contribute and devote to the company’s development and also for those who want to get improved and developed all the way.

Vonta – the place for young and enthusiastic people 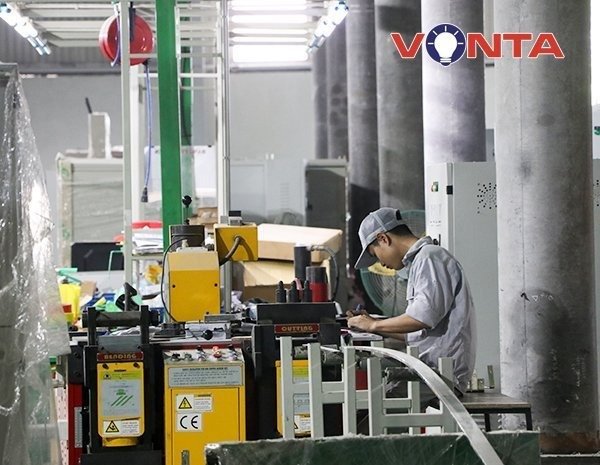 Regardless of the 40 degree weather, they still could strenuously work and thoroughly assemble a every single specific details starting even tiny springs or screws carefully selected by workers in order to creat perfect and satisfying products for every custormer’s order.

The newbie will be trained and supported by the former

A walk around Vonta factory and a visual look around it can get you a deeper understanding of why our products are highly appreciated and have potential to reach further, exceeding AMACCAO GROUP’S expectations in general and top leaders’ in particular. And we really apprecitate what had been brought, what is being brought and what will be brought to our customers and partners.

A happy and proud smile in sunshine